Today I welcome you to the first episode of RPG Stories, in which I interview some personalities from the RPG worldwide community. My guest for today is Nils Hintze, creator of Vaesen and Tales from the Loop

1 – Hi Nils, thank you for being my guest on Geek.Pizza. It is a pleasure and an honor to introduce you to the Italian roleplaying community. Let’s talk about you. Age, passions, your job, how do you spend your freetime…

“Thanks for having me!

I am a 41-year old psychologist who works mainly with people traumatized from war or torture. Most of my free-time goes into taking care of our two sons who are still young enough to be an “around the clock project”. There are a lot of unglamorous diaper-changes and wiping up milk from the floor. But I also love being a father, and the bigger they get, the more I can roleplay with them when we play together, which is a bonus. Recently, me and my wife have started to play the scenarios from the Call of Cthulhu starter set, which is perfect in these Corona days, when much of our time has to be spent indoors, with only each other.

The little time I have left goes into writing and playing RPGs, which is probably my passion. That and the soccer-team MFF and also licorice.”

2 – Let’s talk about your job with Free League. How did you decide to write RPGs, are you a Dungeon Master? How you did you end up with FL?

“I have played a lot of RPGs since I was maybe five years old, and it has always been a way of hanging out with friends. As for many others, my way into writing more professionally was to write free stuff on a hobby basis, and by chance I was invited to take part in writing scenarios for one of Free League’s games.

I am very grateful to Nils and Tomas and the others at Free League for letting me be part of their amazing project. I think they make games that really stand out as extremely accessible, high quality, and always with some unique twist.

Though I love to be a Dungeon Master, I am at the moment a player in two online campaigns. One of them is broadcasted in our Swedish podcast Podcon. It is a friends-meet-and-drink-beer- and-play-and-let’s-see-how-it-turns-out-project. Kinda.

My latest campaign where I was a DM was Tatters of the King for Call of Cthulhu. It was so much fun. Unfortunately, the Investigator which the story had become centered around was accidentally killed just before the big showdown. But that is what I love about stories in RPGs, you can’t tell what is going to happen.”

3 – Besides Vaesen, your name is associated with games like Things from the Flood and Tales from the Loop. Did you expect the huge success that they had?

“No, absolutely not. In my mind Tales was to become a small alternative RPG. It doesn’t focus on the things most players want: fights, magic, laser-swords, and heaps of gold.

When I wrote it, I was greatly inspired by how we usually play in my groups, with a lot of conflicts related to relationships and emotions, and characters that are mundane. I wanted to write a game that was more about being human, and to be precise, about being a kid, since to my understanding, that is what Simon’s book is about. As I see it, robots and dinosaurs are just a way to portray how the inner world, the imagination of kids get mixed up with the real world. Kids can’t at times not really tell the difference. Also, both kids and adults flee into imagination when boring or scary things happen.

I clearly underestimated two things about the game: nostalgia and the wave of movies and tv-series about kids in the 80s solving mysteries, such as Stranger Things.”

4 – So, have you received acknowledgements in the RPGs community? Like, have other game writers texted you to say “congratulations, your game is awesome?”

“My experience of the gaming industry is that it is such a small community that people really care for each other, enjoy each other’s games, and cooperate. At least, that is true of the Swedish part of the industry.

Most of us, if not everybody, are also consumers of RPG-products. I would say we congratulate each other all the time. There are many game designers that make me star struck when I meet them, and if I have the chance, I tell them that I love their games. And of course, people have told me that they like my texts. That is great to hear.”

5 – Do you feel the pressure of having to keep the standard of the games you write very high?

“Sometimes. But then again, I really have a feeling of doing the best as I can on every project, and there is not much more I can do. When I am done, I see a lot of flaws and things that perhaps could be done better. But the end product is as far as I managed to go. And that is enough for me. I don’t look back at things I have written and see them as especially good, and that makes it easier to write new stuff. I can always do better.”

6 – Now let’s talk about Vaesen. The thing that made me love the game the most is the setting. How, and why did you choose the Mythical North as the setting?

“The choice of the setting really comes from the artbook by Johan Egerkrans, which the game is based upon. His amazing images are placed somewhere in the North in the 19th century. Then, I have added a lot of details and facts about the world, and tried to add flavor that is in line with the theme of his images.

I think Vaesen could be placed anywhere around the world. There will always be folklore, myths, and stories about vaesen from past generations, that can be turned into mysteries.”

7 – And for sure, creatures, the Vaesen are the most particular and interesting feature in the game. How did you get the inspiration? How much did you study the Scandinavian mythology?

“I studied a lot of mythology, read several books and many articles online. To me, the interesting thing about Vaesen is what they say about the people who invented these stories. For different reasons, this kind of folklore whas a necessity to them: they needed to make strange or bad things that happened understandable. I think the Vaesen should be seen in the light of this, as a portay of something in human nature: the ability to use imagination and storytelling to ease the burden of hardships and to elevate the unglamorous dullness of daily chores into something pretty and enticing.”

8 – Now, if I may ask… do you already have an idea for the next upcoming game? Can you give us some spoilers?

“The next thing I will do for Free League is a big project, and I cannot say anything about it. But I have written two things for other companies that will probably be published before my next thing for the Free League. One of them is the campaign Dome of Desolation for Helmgast’s Kult.

It is a grand campaign set in Lebanon during the civil war in the 80s. I am very eager to see how it will be received, as I have put a lot of effort into how it is written. I have mixed techniques from more traditional RPGs with osr and Story Now. I wanted to use those things I like the best from each corner of the industry.

From osr there is randomness, an openness with no decided path for the player characters to take, no balance in encounter difficulties, and also dungeons. Story Now contributes with a focus on relationships and emotions, and conflicts that matter on a personal level, as well as ideas on how to use the First Session and the player characters’ background material as a part of the written campaign. At the base of the campaign, there are things traditional, such as suggestions on events that can happen, clear starts and endings to each of the four parts of the campaign and a written traditional back story. My hope, and my belief, is that the parts come together well and make up something bigger than each of them. I am very eager to see how it turns out in the end.”

9 – And last, but surely not the least. Our name is Geek.Pizza, and for me it is impossible not to ask if you like pizza, and which is your favorite one…

“I would go for a Quattro Formaggi, maybe with some chili sauce and vinegar 🙂 “

You can find all the games we mentioned in this episode on Free League’s shop at this link, while for other RPGs and board games (in Italian), you can visit MagicMerchant! 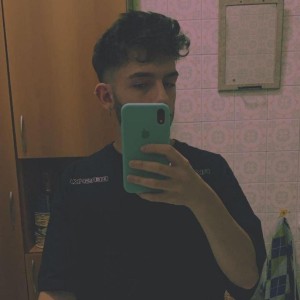