Dungeon Crawlers are living their second youth, but if, like me, you were afraid that the genre was a bit stale, you should know that over at Dark Gate Games, someone is working for you. Today, I am talking about Vampire Hunters.

I have been keeping an eye on the guys at Dark Gate Games for a few months for a reason: they have the ability to take a genre like a dungeon crawler, and add some original and interesting twists to already well known and well understood mechanics! This is the case with Neo Morphosis, which asks us to survive a collision in space where the aliens have enough brains to understand that they can kill us by sabotaging the ship as well as by traditional direct attacks. Players will find themselves fighting a devious AI for their own survival. It will also include repairing sabotaged parts of the ship or partitioning off sections that are no longer salvageable.

Even Vampire Hunters, a game that just for the fact that it does not feature zombies deserves a round of applause, hit me with the introduction of nice little touches such as the extractor, an NPC that we will see later, the destructible terrain (breaking a window during the day will kill a huge number of Vampires), the use of crates for cover at the right time (crates can be destroyed by Vampires), and other goodies here and there. While playing Vampire Hunters, I did not expect to discover so many features that really make this stand out from the other Dungeon Crawlers out there.

Before I tell you about our experiences, I want to emphasize the author’s willingness to assess and integrate the feedback received from users. Looking at the very first manual, you notice how much has been changed in favor of the comments and feedback.

Of course, that’s all good words. But here are the facts. Vampire Hunters launched their first crowdfunding campaign, and it was booming with over $ 90,000 in funding. Well, despite that, the author suspended the campaign to improve the game over the following year. I believe that a decision like this still has real value in life.

So on a hot evening, I find myself with my cronies at GDTLive.net  to try out the pre-Kickstarter prototype of Vampire Hunters.

The game can be played co-operatively and competitively with almost the same rules but with the opportunity, I assure you, to use some really mean strategy to throw your opponents into the arms of the Vampires (DGG is also looking at the option to play with a ’Dungeonmaster’). The author (Filippo Chirico) begins to explain the rules, in fact they are very simple. Meanwhile, we set up and choose different entrances to the Den. In this scenario, the objective is to find three levers to open a secret door to save two humans guarded by a very bad kind of Vampire.

“You can choose the level of difficulty? Good!”

“No, no, we can play it at the highest difficulty level, so you will enjoy it more!”

At the heart of the game are the core mechanics: everyone has a Dashboard, an ID card with their Character Card with statistics and a Basic Weapon Card. In this scenario we also have one pair of special weapons (such as single-use grenades, etc). I flip the ID card and I see the Vampirised version of my character. I ask “What’s this?  The answer: “Oh, yes, if you die, you don’t truly die!” I hear a voice that says, “You’re sick!” Inside me, mentally, a plus sign, I smell some real meat in this game, that’s good!

Then the uniqueness I had sensed and that led me here on this hot July evening began!

To start, at the end of each character turn, the player reveals a card that determines the behavior of all the Vampires in the den, some effects apply to the current player, others affect the rest of the group, including of course, movement and attack. This gives a sense of constant urgency and strategies can change from turn to turn.

Another great feature is the encounters that are revealed when entering a room. They place various different Vampires, sleeping during the day, so weaker, levers to pull and terror events, which are ugly just as their name suggests. These events can turn a quiet situation in to a real mess, and can put a strain on our Mind or our Faith (not random words, but our characters’ statistics).

Another great feature is that by searching rooms, instead of finding fine weapons already made and finished, we will find useful materials to build weapons during the game, by spending focus. All the objects that we build or buy between campaigns, the skills that we learn during campaigns and use during the game, will require focus points. These are experience points gained by killing Vampires and performing other heroic deeds.

It may sound simple, perhaps, but the immediacy is one of the game’s hooks. It guarantees the game will be fast and fun; completing a great 4 player session in a Dungeon Crawler in an hour and a half is possible with Vampire Hunters!

Rapidly, Vampires appear from everywhere, even some from under the floor that drag us into the tunnel below (cool!), we kill others in their sleep. We can drag them outside using the Extractor, an NPC (if we took the ’Harpoon token’); on our turn, we can harpoon the Elder and drag him outside the Den, being daytime, the End is Nigh!

Another great feature is the ’combo‘ attacks, that use two or more characters together (obviously devastating)! So, as you can guess, the game has its fair share of blood, including graphics, special features, monster behaviors and other goodies.  At a certain point, it started to seem a little bit easy to me, I worried a little, but while I was doing that……. the Night came!!

This is the feature that most impressed me for sure! It changes three rules and the game becomes very different, the difficulty increases and PHYSICALLY you see the swarm wake up and assault you!

It was a bit distressing, it made a big impact, so beautiful, even if we played with no miniatures yet!

One of the most significant changes is that during the day, the Vampires moved after the current player, now, during the night, Vampires act first. Needless to say, you need all your strength to survive, because at night the Vampires get stronger, more numerous, and fast.

Then, one of us turns into a Vampire, and here too is another thing I loved. In practice, once turned, you know, we are not completely unconsciousness. Of course our personal objective changes but we remain mentally healthy enough to lend a hand to our friends, if we choose to do so.

Problem: At the beginning of our turn, we will draw a Compulsion Card, a task we must complete before the end of our turn, which will often push us to do unpleasant things, not compatible with the objectives of our former team members.

Compulsion is a great idea. At one point during the game, three of us were turned into Vampire. So we said, ‘fine’, the only Hunter (human) remaining can take refuge to be safe while the vampires are hunting him, and the three of us are going to kill the captives so we may win the scenario.

This may leave people a little confused. We ask ”why?” “Well, we are the good guys, and to win the scenario and continue with the campaign we must kill the humans instead of rescuing them?” The fact is that in situations like this, the 100% good guy doesn’t exist! The explanation is that if we complete the mission, we can then ’cure‘ our Vampirised comrades, so they will return to being human at the end of the session, and they will be ready to kick Vampire butt again.

From this point of view … What is the sacrifice of a pair of humans compared to a trained team of Vampire Hunters? So … this ’exchange‘ is OK? No? Of course completing the mission with all the Hunters still in human form, or completing the ‘good guy’ objective would have a very different flavor. In fact I suggested to the author the possibility of modifying the campaign (ready), so that it foresees a ‘crossroads’ depending on whether the missions are completed as ’good‘ or ’bad’ guys, we’ll see.

Anyway, we spent a pleasant evening, fast, adrenalin loaded, and damn difficult. I confirmed my initial feelings, the guys at Dark Gate Games can really take some known and familiar mechanics and add a lot of good ideas (as well as artwork and miniatures) to package a product that any fan of this theme should pay attention to at this Kickstarter!

To keep you informed, here are some links: 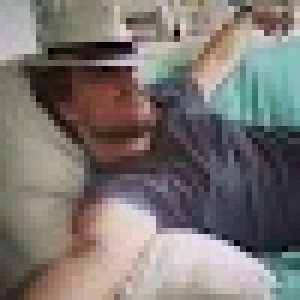